The Doing Business North America (DBNA) project annually provides objective measures of the scale and scope of business regulations in 134 cities across 92 states, provinces, and federal districts of the U.S., Canada, and Mexico. It uses these measures to score and rank cities in regard to how easy or difficult it is to set up, operate, and shut down a business.

The Index is produced by the Center for the Study of Economic Liberty at Arizona State University and the researchers recently sat down with Profectus Mag to discuss their most recent edition and its key findings.

What is the Doing Business North America Index and why did you decide to start this project?

The annual Doing Business North America Report (DBNA) measures the combination of federal, state and city regulations regarding business activity across 134 cities in 92 states, provinces, and federal districts of the U.S., Canada, and Mexico. The Report is structured on the life-cycle of a small to medium-sized business: the first category is starting a business, then hiring workers, getting electricity, land/space use, and paying taxes. The last category is resolving insolvency, which is included to complete the lifecycle, although the rules for insolvency are under national jurisdiction in each of the three countries of North America, so all cities in each country have the same ranking (with the United States first, Canada second, and Mexico third). The combined score determines the rank of each city among all the cities in the Report.

CSEL Director Ross Emmett recognized the opportunity CSEL had to create the DBNA Report when he arrived in 2018. At his previous academic institution, he and another professor had received a small grant to look just at the “starting a business” category of DBNA across the 50 states in the US. He and the students who assisted with the data collection were surprised by the variety of timeframes needed to start businesses across the country. But the study was not followed by any further research.

Why is it important to measure how easy it is to do business rather than, say, simply measuring where income grows fastest or where people report the highest levels of well-being?

Over the years, researchers have begun to understand how robust measurement and ranking of regulations that either enhance business activity or constrain it can provide substantial insight into economic outcomes. Objective measurements of those regulations have been vital in this understanding. Unlike many studies that measure regulations at the state level, this annual study measures the impact at the city level and does so for over 100 municipal jurisdictions across North America.

As the work of Hernado de Soto and others have shown, when we focus on the “big” locations like San Francisco, Vancouver, Toronto, Atlanta, Austin, etc., we are missing the “ordinary” contexts where the majority of the population lives. The cities that appear at the top of DBNA are places often not the big names, but rather cities rapidly growing who have realized that making business costs smaller allows them to not only grow their population, but also the businesses that the population supports.

For researchers, over time, the DBNA report provides a history of reforms in the different aspects of business regulation that allows them to measure policy-change impacts.

Generally, we see U.S. cities leading in the rankings with Canadian cities in the middle, followed by Mexican cities with the lowest rankings.

The full results can be found at dbna.asu.edu.

What are the key factors that make it easier or harder to do business?

DBNA is predicated on the idea that a well-functioning economy requires good rules. The ease of doing business is higher when the rules are clear, and the steps involved are few.

Since you’ve started researching these issues (either with the start of this index or before), are there any trends that you’ve noticed? Is it generally getting easier or harder to start and do business?

It’s generally getting easier as cities and states transition to online services to speed up processing. Before, entrepreneurs would have to fill out paper forms and mail or fax them in and wait days or weeks for processing before they could go to the next step. Now most have an online portal where entrepreneurs can complete all their paperwork and steps online and get immediate approval.

You also have other states like New York that, while having a lot of regulations and the cities score lower in our overall ease of doing business score, have easy to navigate websites and make the information needed to start a business very accessible and easy to find on their Department of State website. Other states are still manual with human processing of paperwork or still have archaic government websites where you have to look into state law to know what one needs to do to start a business.

State level rules influence almost all the categories; “starting a business” is one that many point to as easy to streamline (and many of the gains there have already been captured). Processes for filing and communicating with city and state level offices have been simplified and speeded up. One place to look is at new laws that are created to accomplish a specific social goal, but that involve cumbersome processes to fix. And special interest groups exist in every city for almost every goal (e.g., reducing brown-outs across the electrical grid can improve a city in the “getting electricity” category, but the main players may well not be local and are controlled at the state or federal level).

While we do not measure HOA regulations, we might also suggest that people look more closely at restricted covenants and HOA rules regarding in-home businesses. One thing I noted during the pandemic was that the number of home deliveries and pick-ups increased dramatically. We’re sure many of those were to people working at home, and even running an in-home business that shipped items to other locations. Many HOAs have narrow streets that were allowed as an exemption to the normal city rules, because the HOA rules do not allow a lot of shipping from/to one of their addresses. How will the pandemic affect city level rules about parking, business operations, etc.?

What is the most common obstacle to doing business that you have observed in your research?

10 years ago we would have answered that the “starting a business” category was one where significant gains could be made for low cost. Today, the items captured in our “Land Use” category, which are not in the original World Bank Doing Business Report, provide a look at variables that are significant but often not examined from the perspective of how they impact businesses.

What advice would you give to community leaders hoping to either spur new business creation in their communities or attract new businesses to relocate there?

Our advice is to explore the DBNA report and see how you compare with other comparable cities. The report provides measurable benchmarks to encourage competition and increase economic well-being. 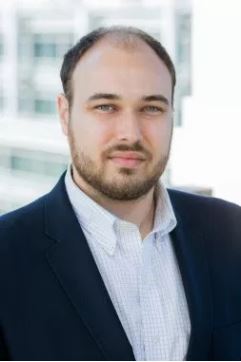 Ben Wilterdinkhttp://www.archbridgeinstitute.org
Ben is the Director of Programs at the Archbridge Institute, where he oversees projects, manages marketing, hosts the Archbridge Podcast, and writes on topics ranging from occupational licensing reform to youth employment. Before joining Archbridge, Ben was the Director of Commerce, Insurance, and Economic Development at a national association of state lawmakers.   Follow Ben on Twitter @bgwilterdink. Or email at bwilterdink@archbridgeinstitute.org
Explore additional categories
Business & EntrepeneurshipEconomicsInterviewsWinter 2022
Previous article
Diversify Holistically to Reverse Polarization and Achieve Academic Excellence
Next article
Learning For Its Own Sake, For Everyone