Capitalism and Socialism: Toward a Common Understanding

Our nation’s prosperity, economic dynamism, and reputation as a hub of innovation and opportunity owe much to entrepreneurship.  By recognizing opportunities for deploying resources in more productive ventures (Kirzner, 1973) and identifying entirely new products and services or ways to produce and deliver them (Schumpeter, 1942), entrepreneurs have helped fuel economic growth and opportunity and made the U.S. a leader in innovation.

Unfortunately, there has been a decline in entrepreneurship in the U.S., with new firms accounting for significantly smaller shares of all businesses and employment than in the early 1980s.  While there are many potential remedies to this problem, it has been suggested by some that universities can play an important role in providing the inspiration and skills that will yield successful entrepreneurs, possibly spurring entrepreneurship in general.

Recently, the Challey Institute for Global Innovation and Growth conducted a survey of 2,000 students at 130 four-year universities/colleges across the U.S. to gain insights into student views toward entrepreneurship and the systems that support entrepreneurship.  When students were asked about whether they have plans to start their own business, only 22% said yes.  Moreover, only 30% of the students surveyed said that their classes and other activities in college have inspired them to consider starting their own business, and only 47% said their classes and other activities in college have helped them develop the skills they would need to successfully start their own business.

As a result, Baumol suggests the most important way to enhance productive entrepreneurship may be through the rules of the game.  He gives examples of policies that could be beneficial to productive entrepreneurship, such as reforming rules regarding private antitrust legislation to prevent firms from suing others just to reduce competition and reforming capital gains taxes to prevent firms from threatening takeover just to earn a short-term profit.

Perhaps the most important rule that influences entrepreneurship, however, is the economic system in which firms operate.  A number of studies have shown an important link between economic freedom and entrepreneurship.  As pointed out by Sobel (2008), less government spending, lower taxation, fewer subsidies, less regulation, more secure property rights and contract enforcement, and a more fair judicial system increase the payoff of productive relative to unproductive entrepreneurship.  These are the characteristics that encompass free market capitalism.

A deeper dive into our survey shows that not only do students feel more negatively about capitalism than socialism, but they also have a misunderstanding of capitalism and socialism.  When students were given three choices for defining capitalism: (1) a free market definition (an economic system in which property is privately owned, exchange is voluntary, and production and pricing of goods/services are determined by market forces), (2) a cronyism definition (an economic system in which corporations utilize grants, special tax breaks, political connections, and special rules that favor them over competitors to earn profits), and (3) not sure, 49% chose the free market definition, 36% chose the cronyism definition, and 15% chose not sure.

Not surprisingly, these conflicting definitions of capitalism yielded different attitudes about capitalism. For students choosing a free market definition of capitalism, 40% have a positive view, 19% a negative view, and 41% neutral.  By comparison, for students choosing a cronyism definition, 6% have a positive view, 70% have a negative view, and 25% a neutral view.  Similarly, the definitions generate differences in beliefs about whether capitalism can help solve important problems, with 35% of those defining capitalism with free markets agreeing, compared to 11% defining it with cronyism agreeing that capitalism can help solve major challenges.

This is concerning for a number of reasons.  Most obvious is that it suggests the potential abandonment of the system that has generated the prosperity and progress we have realized as a society.  In addition, to the extent that the lack of common definitions of capitalism and socialism among students reflects similar disagreement in society, it will be difficult to have meaningful conversations on the future of economic systems.  Finally, and perhaps not as obvious, is that the misunderstandings that exist may perpetuate the types of policies that lead to further mistrust in capitalism and a movement away from the type of free market capitalism that has led to our prosperity.

As a contemporary example, consider the recent supply chain problems experienced in the U.S. that have been attributed to capitalism.  While the causes are many, no good argument has been made as to why this is a “capitalism” problem.  On the other hand, the supply chain problems are at least partially rooted in cronyism, with dockworkers unions fighting port automation for decades and lobbying various governments to prevent it, and with the Jones Act preventing non-U.S. owned, built, and crewed ships from transporting goods between U.S. waterway ports.

As a result of the supply chain problems, there have been calls for reshoring, with a variety of potential policies to bring supply chains back to the U.S., such as trade tariffs and/or subsidies.  The obvious problem with these types of policies is that they harm consumers with higher prices and taxpayers with more taxes.  Another consequence, however, is that they incentivize firms to engage in cronyism, lobbying to make sure that their product is protected by tariffs or subsidies, and lobbying for exemptions to tariffs for the inputs the firm needs.  It is likely that this would further erode trust in capitalism, leading to more government intervention and more cronyism – exactly the type of harmful spiral highlighted by Klein, et al.

Although there are many other examples, this highlights the importance of having a common understanding of different types of economic systems.  In order for future leaders to engage in meaningful conversations on policy that will affect our nation’s future, it is essential that they have an accurate and common understanding of capitalism and socialism.  It is the responsibility of university/college educators to provide this understanding, especially those that provide business and economic training.  Thus, it is particularly important to examine the state of understanding about capitalism and socialism among students majoring in business and related majors.

Clearly universities, and business schools in particular, need to take a bigger role in teaching students about economic systems and their implications.  While business students receive training in economics and the role of markets and incentives early in their degree programs, this training needs to be reinforced throughout the business curriculum.  It’s important that students not lose sight of the importance of the broader economic environment when learning about functional areas of business.

Moreover, deeper training in economic systems (capitalism and socialism), their implications, the positive role of entrepreneurs in society, and the advancements in human progress and the role of economic freedom in creating this human progress would be beneficial for all students.  At the Sheila and Robert Challey Institute for Global Innovation and Growth at North Dakota State University, we’re working to provide this training.  We offer a class called “Market Values” that allows students to explore the economic implications of capitalism and socialism.  In addition, the Institute has a speaker series that offers students opportunities to engage with leading academics on issues related to human progress, flourishing, and opportunity, with many of these speakers focusing on the role played by economic freedom and markets.

Other centers and institutes are doing similar things across the country.  However, these efforts need to be extended more broadly across universities and to more students within universities.  In addition, universities should consider requiring training in the role that economic systems play in progress and human flourishing for all students.

Universities have an important role to play in our nation’s future, its prosperity, capacity for innovation, and environment for entrepreneurship.  Ensuring future economic growth and opportunity requires maintaining and enhancing the types of policies that enable the private sector to be successful and increases the payoffs to productive entrepreneurship relative to unproductive entrepreneurship.  This requires a clear and common understanding of what is meant by capitalism and socialism, along with their implications.  Universities, and especially the business disciplines, need to take the lead in providing this understanding. 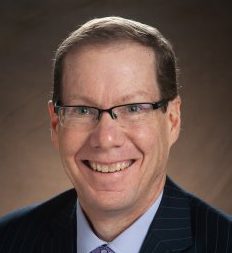 John Bitzan
John Bitzan is the Director of the Sheila and Robert Challey Institute for Global Innovation and Growth and a Professor of Management at North Dakota State University. John has co-edited three books in transportation economics and his research has been published in a wide variety of academic journals; his work has also been cited in regulatory proceedings before the Surface Transportation Board by various entities, such as the Norfolk Southern Railroad and the U.S. Department of Agriculture.
Explore additional categories
Economics
Previous article
On Agency, Lost and Recovered
Next article
The Redemptive Arc of the American Dream