Arbitrary Lines: How Zoning Broke the American City and How to Fix It, An interview with M. Nolan Gray

As the title of your book suggests, American zoning codes, establishing what can be built where, aren’t working well. For the unfamiliar, can you describe the major problems you identified with the current system of zoning?

Zoning broadly attempts to do two things: separate every conceivable land use and dramatically restrict densities. As I detail in the book, this system has resulted in cities that are increasingly unaffordable, inaccessible, segregated, and sprawling.

You describe how zoning codes had historically been used for the purposes of racial segregation. While zoning today doesn’t explicitly segregate the population based on race, can you explain the ways in which contemporary zoning laws effectively segregate across other dimensions?

The immediate precursor to modern zoning was explicitly racial zoning, which aimed to separate whites and Blacks. When that was ruled unconstitutional in 1917, the framers of zoning retooled around class-based segregation, specifically by banning affordable housing typologies—such as apartments—and reserving those areas of cities best suited to housing for expensive typologies—such as detached single-family homes on large lots. Of course, in the American context, class-based segregation gets you white-Black segregation, and we see this in the data: early adopters of zoning ended up more segregated than their peer cities.

In the book, you mention the example of Tokyo, and the zoning system in Japan more broadly, as an example of how jurisdictions can keep housing costs reasonable. How are they able to achieve this and is that a viable example that the US should follow?

Japanese zoning is far more liberal than US zoning in two key respects: First, in terms of substance, even the most restrictive Japanese zoning district allows uses like low-rise multifamily and neighborhood retail—that is to say, things that were quite common in residential neighborhoods before the rise of zoning. Second, in terms of process: the national government strictly defined the zoning districts that can be mapped, making it difficult for local governments to write their own messy and exclusionary codes.

What jurisdictions in the US are doing the best in terms of zoning rules or reforms? What places are the worst?

As America’s only major city without zoning, Houston is a fascinating case. While the city made many other planning mistakes, they didn’t make one: they never adopted zoning. This has helped to keep the city uniquely affordable and diverse, even amid explosive population and economic growth. And in the past few decades, they have made a lot of progress rolling back a few of the vestiges of zoning: In 1998, Houston slashed minimum lot sizes down from 5,000 to 1,400 square feet, triggering a townhouse building boom. In recent years, they have exempted huge portions of the city from onerous parking mandates, allowing for a lot more infill.

Over the next 10 to 20 years, do you expect zoning laws in American cities to change for the better or are things likely to stay the same, or perhaps even get worse?

Absolutely, I think this policy space is seriously in flux. For the first time in many decades, Americans are asking serious questions about the way we plan cities. You can’t open up the New York Times or listen to a candidate forum without hearing about zoning. We’re already seeing pretty dramatic reforms in cities ranging from Hartford to Gainesaville to Minneapolis. Here in California, YIMBYs have dramatically changed not only the discourse, but also the laws controlling the ability of cities to block desperately needed growth. And if the recent ADU building boom is any indication, it seems to be working.

What are the top three short-term reforms that you would recommend policymakers consider to make zoning “less bad”?

In the book, I suggest three obvious reforms: First, abolish single-family zoning. This doesn’t mean abolishing single-family homes, but rather, ending an arbitrary prohibition on stuff like townhouses, cottage courts, and fourplexes. Second, scrap minimum parking mandates, which force developers to build costly parking that might not otherwise be necessary. This is especially important in cities, where many residents may not need a car, or may only need one. Finally, lower minimum lot sizes anywhere that wet infrastructure is installed. Better yet, get rid of them altogether in most cities and suburbs. These mandates do nothing but waste land and raise housing costs.

To what extent, if any, should residents be legally entitled to set boundaries on the types of development that can occur in their neighborhood(s)?

If residents have certain preferences, they can voluntarily opt into privately-adopted and enforced land-use rules. This happened before zoning, and it continues to happen today in unzoned contexts. It shouldn’t be the job of local governments to enforce preferences that have nothing to do with health, safety, or welfare, as is the case with so much zoning. Contrary to what NIMBYs seems to think, when you buy a home, that doesn’t entitle you to tell everyone within a quarter mile of you what they can and can’t do with their property.

In the longer term, how would you like to see the role of urban planners change?

The US has an incredible planning civil service that is largely wasted on zoning, wasted micromanaging the number of parking spaces in strip malls, or keeping duplexes out of suburban cul-de-sacs. This capacity could be better used doing three things: First, measuring and regulating (or pricing) the impacts that people actually care about, such as noise or traffic generation. Second, playing a more proactive role in building affordable and integrated communities. We spent the past century using planners to segregate cities, so it stands to reason that they should play some role in undoing the damage. Finally, by returning to what we as planners are good at: actual planning. Since humans started settling down, we’ve had people who planned out streets and public spaces in a reasonable way. As you can probably tell from the typical US suburb, we don’t do a lot of this today. Once we’re unshackled from zoning, a lot of other pressing issues get much easier to solve.

The book, Arbitrary Lines: How Zoning Broke the American City and How to Fix It, is available at Bookshop, Amazon, and local bookstores. 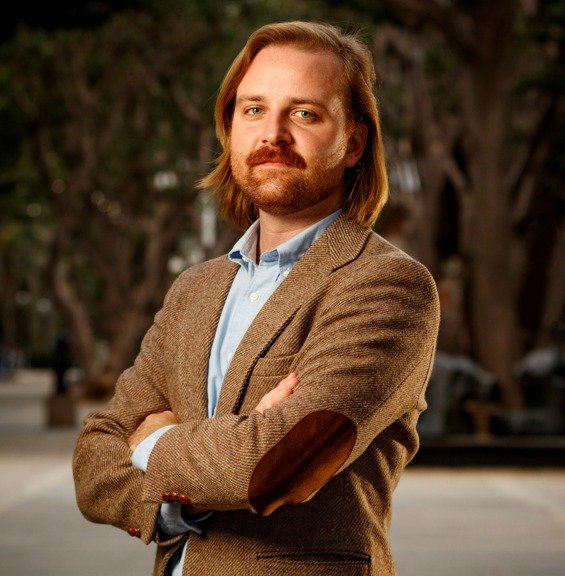 M. Nolan Gray
M. Nolan Gray is the research director for California YIMBY and a professional city planner. He is the author of Arbitrary Lines: How Zoning Broke the American City and How to Fix It.
Explore additional categories
Interviews
Previous article
The Understated Power of Humility
Next article
Nihilism and Social Policy