Gonzalo Schwarz, President and CEO of the Archbridge Institute interviewed the Mayor of Miami, Francis X Suarez on the idea that is Miami, what is going right in one of the most trend setting cities in the world and how technology and innovation can help us build a brighter and more flourishing future for all.

Gonzalo Schwarz: In previous talks you have said that Miami is not a place but an idea, what do you mean by that? And related to that what is the Miami moment you also talk about?

Mayor Francis Suarez: Miami is built on a common theme, the people who come here are sick and tired of being left behind– or worse–being persecuted by their governments, and they come here in search of a better life and in return, they make our city better. The Miami Movement is a decade-in-the-making effort started by local stakeholders and adopted by Miami newcomers in order to bringing high-quality, high-paying jobs to our City– I want to prepare Miami for the future and to create the next generation of leaders right here at home. And It isn’t only about importing the world’s brightest minds, it’s about creating the world’s brightest minds right here at home and that starts with ensuring that Miami has a world-class education system.

FS: Miami’s diversity is its greatest strength and we built that diversity by welcoming everyone from every corner of the United States and from all around the world into our City with open arms.  When Cubans fled an oppressive, murderous regime that swallowed their freedoms, we came to Miami in search of opportunity and quite frankly, the pursuit of the American dream. And they didn’t just find it. They built it for themselves and for anyone else who would find themselves in the same position. When Venezuelans faced economic destruction, we invited them here, to the gateway of the Americas, and emboldened our City even more. So what the American Dream means to me is the freedom and equality of opportunity.

GS: We often hear public policy discussions around removing barriers to entrepreneurship at the state and federal levels. However, many of the barriers that entrepreneurs face are local and at the city or county level. What do you think are some of those barriers that you believe every local leader should be cognizant of?

FS: Often times those barriers are nothing more than an inefficiency in the way the government operates which is why we need to rely on innovative and emerging technologies to be as competitive as possible. Two great examples that I’ve spearheaded here in Miami are ePlan and eStart. ePlan is the program we started to move the permitting process completely online and similarly, eStart is our effort to make it possible for residents to start a business right from their phones. Nowadays we can buy a car, do our taxes, and even run a business from our phones–and in my opinion there’s no reason we shouldn’t be able to start one too.

GS: Related to the last question, what are the three main things you have done policy wise to attract businesses and entrepreneurs to Miami?

FS: In January, our City Commission voted to explore three things: paying city employees in bitcoin, residents being able to pay taxes and fees in bitcoin, and the possibility of using city funds to invest in bitcoin; but as important as these policies are for expanding the cultural adoption of cryptocurrencies, the most important thing we’ve done to attract businesses is ask one simple question: “How can I help?” This alone was the spark that catalyzed what I call the FlyMo effect, a combination of Flywheel and FOMO. As work from home began giving people the flexibility of working from whatever place they chose, people saw it as an opportune time to “test Miami out.” I’ve heard countless executives and employees say they booked a one-month stay in Miami only to use that return flight to get their stuff and turn right back around permanently. Once that started happening, people in New York and California began feeling left behind.

GS: Even though your How Can I Help tweet did go viral, I think it still is very underrated and underappreciated. I say that because it is exceedingly rare for a local leader to be so inviting and cognizant that entrepreneurship and job creation should lead local development. And that has to do as much with policies that encourage more business creation but also with the culture and environment for entrepreneurship, which starts by local leaders being open and conducive to create that environment. What led you to make that invitation for more tech entrepreneurs and entrepreneurs more broadly to come to Miami? What role do entrepreneurs play or should play in our society and culture?

FS: One of the most under-the-radar aspects of the How can I help tweet is just how organic and spontaneous it was. It was not pre-planned and it certainly wasn’t part of some larger strategy–I sent that tweet out while laying in bed with my wife a little before 9pm just after we put our kids to sleep. But that’s the beauty of this movement…it’s real, it’s not some manicured publicity stunt and in my opinion, these entrepreneurs can sense that. And building that trust between government and the businesses we support is pivotal in making Miami a long-term destination for builders and entrepreneurs. Just like with anything else, Miami needs to strike a balance between our predominant industries to avoid a lopsided economy–the talent and the businesses we’re looking to attract will bring and build high-paying, high-quality jobs for our residents and make our economy more resistant to shocks like covid-19 pandemic.

FS: I made it my goal as the Mayor of this city to build a Miami that not only lasts forever but a Miami that works for everyone as well. From combatting sea level rise to investing in our schools, I want Miami to be a place that provides the utmost quality of life for all the people blessed to call it home. I grew up here and as the father of two children, I want nothing more than to see them enjoy the same Magic City that I did–I want them to experience the beauty of Biscayne Bay and I want them to appreciate the history of that small town down in South Florida…if I can do that, then I think I’ll have done a pretty good job. 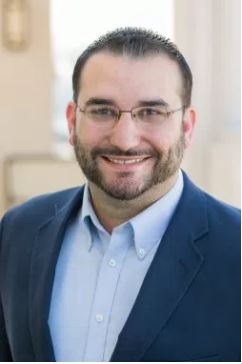 Gonzalo Schwarzhttps://profectusmag.com/
Gonzalo Schwarz is the President & CEO of the Archbridge Institute. Gonzalo specializes in researching and writing about the American Dream, social mobility, and entrepreneurship. Gonzalo has a BA in economics from the Catholic University of Bolivia and an MA in economics from George Mason University. Before founding the Archbridge Institute Gonzalo was the Director of Strategic Initiatives at the Atlas Network where he worked for six years.
Explore additional categories
Business & EntrepeneurshipFall 2021Interviews
Next article
Capitalism is Key to Fulfilling the Promise of “Black Lives Matter”