Meaning and the Psychology of Freedom

The human brain is an amazing organ. Though it only accounts for 2% of the weight of an adult human, it uses 20% of the energy our bodies produce. Many of the tasks our brains complete happen without our conscious awareness. Even when we are asleep, our brains remain hard at work managing the various bodily processes that keep us alive.

But what is really cool and unique about the human brain, compared to the brains of other organisms, is the cognitive complexity that grants us the power of self-reflection, self-regulation, and ultimately, self-determination. We can think about what we want to do with our lives and then we can turn those thoughts into actions. We can mentally time travel both forward and backward, which allows us to turn to the past for guidance when we are planning for the future. Our ability to think abstractly and symbolically gives us powerful imaginations, which fuels the artistic, scientific, entrepreneurial, and philanthropic endeavors that drive civilizational progress.

We are not the only social organism, but our sociality is distinctly intellectual. We share, discuss, and debate complex ideas that advance our understanding of the world. And through both social competition and collaboration, we use these complex ideas to improve the world.

Ultimately, our advanced cognitive capacities make us an existential species. We don’t just strive for survival. We strive for significance. We want our lives to be meaningful. In fact, though we certainly prefer pleasure over pain, our craving for meaning pushes us to persevere through the types of uncomfortable experiences that often lead to self-growth and goal success.

For instance, Americans—and particularly American teens and young adults—are becoming increasingly anxious. A study of anxiety trends among American adults between 2008 and 2018 found that anxiety has increased for all adults under the age of 50 and has increased dramatically for adults ages 18-25 years old. Also, this increase in anxiety was observed across racial/ethnic, gender, and income groups. More recently, a national survey conducted in August of 2022 found that half of American adults under the age of 30 (around one-third of adults overall) report feeling anxious all or most of the time.

We tend to think of anxiety as a mental health problem, and rightly so. But it is much more than that. Anxiety is a barrier to freedom and flourishing. When people are anxious or fearful, they become more defense-oriented and less growth-oriented. This means they become more vigilant against potential harms (physical, social, psychological, and economic) and thus less motivated to take the kinds of risks that lead to new discoveries and ventures. Indeed, research finds that the more anxious people are, the less likely they are to engage in entrepreneurial activities. It also means they become more rigid in their thinking and less tolerant of people they disagree with. More broadly, a defensive mindset undermines many of the psychological characteristics that help free societies flourish such as curiosity, creativity, agency, and optimism.

The rise in anxiety, as well as loneliness and other negative psychological states that encourage a defensive mindset, might help explain why Americans, and especially young American adults, are becoming more mentally and physically passive, distrustful of their fellow citizens, skeptical of individual liberty, and pessimistic about the future.

Critically, it needs to be populated with individuals who believe in their ability to live meaningful lives. I think meaning in life is at the core of psychological freedom because it is a powerful self-regulatory and motivational resource. In other words, meaning is more than a feeling. It has an agentic nature, what I refer to as existential agency—or the meaning mindset.

When people fully embrace their ability to make meaningful contributions to the world, they take ownership of their life journey. They realize that even though there are aspects of life outside of their control, they can control their mindset and behavior.

Victor Frankl powerfully made this point in his book, Man’s Search for Meaning, which was based on his own experience as a prisoner in a Nazi concentration camp during World War II. He wrote:

We who lived in concentration camps can remember the men who walked through the huts comforting others, giving away their last piece of bread. They may have been few in number, but they offer sufficient proof that everything can be taken from a man but one thing: the last of the human freedoms — to choose one’s attitude in any given set of circumstances, to choose one’s own way.

Unfortunately, many educators, scholars, thought leaders, politicians, journalists, and entertainers are undermining psychological freedom. They are promoting a defensive mindset in which people, and particularly young people, are encouraged to be fearful, cynical, distrustful, pessimistic, passive, and dependent.

Moreover, the economic freedom that has ushered in an era of material abundance may ironically be creating additional challenges that require our attention if we want to sustain and expand freedom. On the one hand, economic freedom reinforces psychological freedom because it offers people more opportunities to pursue their natural talents and interests and reach their full potential. However, economic freedom has also driven rapid social and technological changes that may be contributing to increases in anxiety, and in some cases, weakening the social and cultural structures such as marriage, close friendships, and religion that have helped many people find meaning in life.

This means it is perhaps more important than ever to focus on advancing a psychology of freedom rooted in a meaning mindset. Classical liberals are right to emphasize the importance of economic freedom and the resulting economic prosperity for individual and societal flourishing. However, a focus on economics and material wellbeing offers an incomplete framework for understanding and addressing the most urgent challenges we now face.

We need a more holistic approach that appreciates the psychological and related social needs and dispositions that drive a considerable amount of human activity. Such an approach would not only offer a more complete analysis of human wellbeing and flourishing, it would also be of great value to those who are more specifically focused on economic-related outcomes such as economic mobility. For instance, research finds that purpose in life uniquely and positively contributes to income and net worth. This is likely the result of the self-regulatory (agentic) nature of meaning. Individuals who perceive their lives as having purpose, compared to those who lack a sense of purpose, are more likely to focus their attention on identifying and regulating their behavior towards the types of personal, social, and professional goals that lead to financial security and success.

I believe a more holistic approach to human flourishing will help us better study, understand, and promote the psychological foundations of freedom. By lifting psychological barriers to liberty, we can clear a path for more Americans to reach their full potential and achieve the American Dream 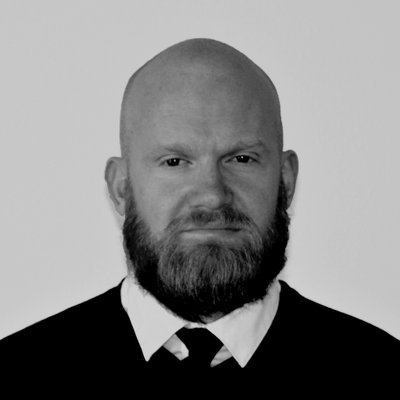 Clay Routledgehttps://www.clayroutledge.com
Dr. Clay Routledge is the Vice President of Research and Director of the Human Flourishing Lab at the Archbridge Institute. He is also a visiting fellow with the Program on Pluralism and Civil Exchange at the Mercatus Center. Prior to joining the Archbridge Institute, Dr. Routledge was the Arden and Donna Hetland Distinguished Professor of Business at North Dakota State University. Clay has authored over 100 academic journal articles, two books, and dozens of articles for outlets such as The Wall Street Journal, New York Times, Newsweek, USA Today, National Review, Entrepreneur, and Harvard Business Review. He has also co-edited three books on existential psychology.
Explore additional categories
Culture & Psychology
Previous article
The Bias Against Profit: An Interview with Amit Bhattacharjee
Next article
The Business of Revitalizing Communities: The Connection between Entrepreneurship and Prosperity