The Business of Revitalizing Communities: The Connection between Entrepreneurship and Prosperity

Anyone who has traveled can tell you that cities each have their own feel or vibe. While some seem alive and exciting, others feel like they are depressed and dying. Even cities that are similar in terms of size or demographic metrics can feel dramatically different. Beyond obvious indicators such as broken windows and graffiti, what causes the difference? Not surprisingly, the thriving cities are full of new business openings and growing communities, while the dying cities tend to be typified by higher crime rates and more going out of business sales than grand openings. These general observations tend to spark a “chicken or the egg” debate. Do poverty and crime rates cause a city’s stagnation, or vice versa? Or are both true? In thriving cities, is it that prosperity attracts investment, or does investment foster prosperity? Or does the relationship flow in both directions?

There is little doubt that peace and prosperity attract investment. Research by Rosenthal and Ross and Sloan and colleagues show how business owners take crime rates into consideration (along with economic factors) when deciding where to locate a new business. It is rather intuitive that poverty and crime scare businesses away while safe and prosperous neighborhoods attract them. However, there is burgeoning evidence that entrepreneurship itself can have positive social spillover effects (that go beyond basic economic impact) in the communities where it is allowed to thrive.

Entrepreneurship has been called the “engine of economic development”, and research has proven that entrepreneurship positively affects job creation levels, productivity growth, and innovation levels. However, entrepreneurship has also been linked to social benefits such as reductions in violent crime arrests; entrepreneurial ecosystem support has even been linked to lower homicide rates. Researchers propose that by opening new businesses, entrepreneurs instill trust, optimism, and positive role modeling in their communities, which results in other positive social spillover effects such as lower crime rates. Those positive effects then foster the kind of peaceful and prosperous environments that inspire further investment.

In a recent article, my colleagues and I theorized that the positive social spillover effects of entrepreneurship are rooted in its impact at the individual, community, and societal levels. At the individual level, entrepreneurship provides a pathway to prosperity for people who may not be able to secure traditional employment, perhaps due to past incarceration, employer discrimination, or other factors. If individuals in those situations choose to start their own legitimate ventures rather than resorting to illegal forms of business, they can improve their own financial situation and benefit their community. Entrepreneurs provide jobs by hiring employees to help run their businesses. Entrepreneurs also serve as positive role models, providing examples to their city’s youth of a legal path to prosperity. Their examples are living testaments to the positive outcomes that result from innovation and diligence. But entrepreneurship also benefits society at large as it reduces the pervasive economic inequality that typifies most cities. Since economic inequality has been linked to a multitude of social ills including shorter lifespans, mental illness, substance abuse, and crime, increased prosperity among the poor can reduce that inequality and the social problems that accompany it.

Given the positive potential of this virtuous cycle, how can struggling cities leverage entrepreneurship to proactively change their environment? One city battling the downward spiral of unemployment, poverty, and violence is Baltimore, Maryland, which frequently has the highest homicide rate in the United States. (In 2020, Baltimore had 335 homicides, a rate of about 58 homicides per 100,000 people.) Violent crime is so rampant on the streets of Baltimore that businesses struggle to find employees willing to come to work at night, and staying open past sundown presents real risks to life and property. Since much of the city’s violence is gang related, the city hired a “safe streets leader” whose job was to be a liaison between the police and the city’s gangs. However, in a cruel twist of irony, the safe streets leader was murdered in broad daylight.

Amidst the relative chaos that plagues the streets of Baltimore, entrepreneurship incubators like Innovation Works are educating and supporting entrepreneurs as a way to revitalize their communities. The mission of Innovation Works is “to reduce Baltimore’s neighborhood and racial wealth divide by teaching and accompanying members of disinvested communities to build and own successful social enterprises that create sustainable neighborhood economies and result in better family living, more resilient communities, and a safer, more vibrant city.”

Innovation Works has helped over 200 entrepreneurs start ventures and has a 10-year goal of attracting $100 million in capital to Baltimore’s under-resourced neighborhoods. The incubator’s success can be attributed to its carefully crafted process, which begins with selecting participants who are closely tied to the community, historically disadvantaged, and eager to include reinvestment in their community as part of their business plan. Once participants are selected, they go through an iterative process where they receive training and then a small capital infusion, followed by more training and then a higher level of investment. This process not only incentivizes participants to complete training cycles, it also helps them build their experience and business credit history as they prepare to compete for more formal investment opportunities. The program helps shift their mindset from victim to victor.

The process at Innovation Works includes an active mentorship program, where cohorts of participants are connected with successful entrepreneurs in their community. Mentors provide practical advice and act as positive role models and sources of inspiration for participants. Innovation Works actively promotes their success stories as a way to increase the impact of their entrepreneurs as positive role models. At a societal level, Innovation Works helps to reduce the effects of racial and economic inequality by filling the gaps in an entrepreneurial ecosystem that disproportionately fails minority entrepreneurs. By helping participants repair their credit, access startup funding, and learn basic business skills, the incubator bridges the gap for participants who have been failed by the city’s financial and educational systems.

Innovation Works is one of many accelerators and incubators in Baltimore, and the city has begun to see a revitalizationthat hopefully will result in the positive social spillovers that entrepreneurship has brought to cities around the world. Based on Baltimore’s example, there are many recommendations for struggling cities and the incubators that are supporting entrepreneurs within them.

For city governments, reduce recidivism and inequalities by supporting the local entrepreneurial ecosystem:

For incubators that are supporting entrepreneurs in struggling cities, adjust your approach to your local context:

Entrepreneurship can have positive social spillover effects at the individual, community, and societal levels. Beyond economic contributions, new ventures inspire the kind of hope and optimism that can foster urban revitalization and improve economic and living conditions for all communities. Government and community leaders looking to create dynamic cities should support a strong entrepreneurial ecosystem. 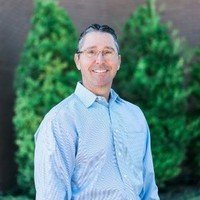 Mike McDaniel
Mike McDaniel, PhD, is an Assistant Professor at LSU Shreveport teaching undergraduate and MBA level management classes. With 25 years of business leadership in multiple industries including defense, energy, engineering, education, and technology before entering academia, Dr. McDaniel’s research exists at the intersection of entrepreneurship and organizational behavior, including development, leadership, and social spillover effects of entrepreneurship. His education includes a PhD from the University of Texas at Arlington, an MBA from theUniversity of Notre Dame, a teaching credential from Saint Mary’s College of California, and a BA from the University of California at Berkeley.
Explore additional categories
Business & Entrepeneurship
Previous article
Meaning and the Psychology of Freedom