Trigger Warnings Are Effective (at Generating Division, and Not Much Else)

Americans are easy to divide. In February 2015, an innocuous image of a dress sparked millions of arguments across the country. Any hope of compromise was abandoned as children began to doubt the rationality of their parents, and wives began to doubt the sanity of their husbands. It seemed that those who saw differently must be lying, trolling, or simply delusional.

Fortunately, the dress was a flash in the pan. But other sharp disagreements continue to divide Americans—discussions about Kaepernick, Kavanaugh, Floyd, and Trump convince many that “the other side” has lost all touch with reality.

To reach a mutual understanding of trigger warnings, we need to start from a point of basic agreement. Both conservatives and liberals ultimately agree that post-traumatic stress disorder (PTSD) is a serious condition, and those with PTSD deserve help towards recovery. Perhaps conservatives might complain that liberals don’t prioritize PTSD among military veterans, and liberals might contend that conservatives trivialize PTSD among victims of sexual assault, but let’s focus on what we share—we believe those with PTSD deserve a decent life.

If you care about those suffering from PTSD, I hope you can agree with the following: if trigger warnings genuinely facilitate the flourishing of individuals with PTSD, they should be used. If they actively harm individuals with PTSD or others, they should not be used. And if they do not meaningfully move the needle in either direction, then they are a triviality that does not merit such profound division in our society.

And before I start, a trigger warning: few of these hypotheses will fare well.

Fragilization is a common concern among conservatives. Perhaps due to the relatively safe world we live in today, many critics of trigger warnings fear that youth are not prepared to face the emotional challenges of the future. There is some evidence that vulnerability to mental illness is increasing—but are trigger warnings to blame?

Not likely. In an experiment, my colleagues and I tested this idea by first acclimatizing participants to expect trigger warnings before gruesome content and then surprising them by showing similar content without a warning. In theory, if the participants came to rely on the warnings for emotional safety, they should have been more distressed by the unmarked content they encountered later. Not so—the results suggested no effect. This same experiment was replicated twice: in college students and trauma survivors.

Censorship is commonly cited as a potential harm of trigger warnings. After seeing highlights of viral videos where Ben Shapiro castigates entitled and emotionally unstable college students, it’s easy to imagine a world in which these students demand the suppression of uncomfortable viewpoints via trigger warnings. But is this our current reality? Or is this “nutpicking”—cherrypicking the most extreme individuals with the most outrageous viewpoints?

Though trauma triggers have occasionally been levied to shut down or suppress campus speakers or social media discussion, this appears to be a small minority of cases, and tends to be executed by the least sincere and least knowledgeable trigger warning advocates. More frequently, trigger warnings are used as disclaimers for depictions of violence, sexual assault, or suicide.

Interestingly, according to several recent and upcoming studies (one, two, three, and four), trigger warnings rarely cause anyone to avoid the video, image, or article to which the warning is attached.

Perhaps because of our morbid curiosity, individuals who see trigger warnings are just as likely (if not more likely) to follow through and view the material as those who do not see a warning. Therefore, in cases where trigger warnings are used to silence ideas, they will likely backfire.

The last purported harm of trigger warnings is that they encourage a view of oneself as a passive and vulnerable victim rather than a resilient and capable agent. Though conservatives may overstate their case, there is some mixed scientific backing to this concern.

Three studies have examined whether trigger warnings induce a sense of personal vulnerability. The first found a small increase, but two larger studies found no effect. Research also found no effect of trigger warnings on the perceived vulnerability or capability of other trauma survivors (i.e., stigma). But the largest study found something concerning: trigger warnings bolstered trauma survivors’ belief that trauma was central to their identity. This belief, called “event centrality” by trauma researchers, directly inhibits recovery from PTSD. Although the increase was modest and the study needs to be replicated, it is cause for some initial worry.

The “bracing benefit” is well-researched and has the clearest scientific answer. Across multiple studies with thousands of participants, trigger warnings consistently show no bracing benefit. The number of studies on this topic has exploded, with different authors zeroing in on college students, trauma survivors, and those reporting PTSD diagnoses. Scientists have tested warnings before the written word, photos, and videos. They have included all types of trigger warnings, general and specific, explicit and simple, and yes, “content warnings” too. There’s always another variation to test, but at this point the likelihood of overturning the overwhelming consensus is slim to none. Supporters of warnings, trust me; this is not the hill you want to die on. (I promise, the next hills are more scenic.)

The “dodging benefit” is a better hill to die on, but still a hill on which you would probably die. The main problem is that any “dodging benefit” would also be a “dodging harm.” Harvard professor and PTSD expert Richard McNally wrote this succinct condemnation: “Trigger warnings are countertherapeutic because they encourage avoidance of reminders of trauma, and avoidance maintains PTSD.”

Trauma experts everywhere are familiar with the concept. There is a longstanding scientific and clinical consensus that avoiding trauma triggers worsens PTSD. Many experts would go so far as to say avoiding anxiety triggers is the primary maintainer not just of PTSD, but of social anxiety, recurrent panic attacks, and phobias. Not all avoidance is necessarily problematic, but those with PTSD invariably avoid to an unhealthy degree. (It’s even part of the diagnosis.) When someone with PTSD comes to therapy, the therapist will work hard to help them approach their triggers, not avoid them. A common dictum of anxiety treatment states that “the only way out is through.”

You may recall from earlier, a second problem with the “dodging benefit” is that in practice trigger warnings don’t seem to result in much dodging. Surprisingly, this is apparently also true for trauma survivors and those reporting PTSD diagnoses. While PTSD patients occasionally avoid content with warnings, in other cases they flock to it readily. This counterintuitive effect has been observed elsewhere—for example, among smokers, warning labels only increase the desire to smoke.

Trauma therapists have known for a long time that individuals’ feared memories can fester when pushed to the back of the mind. But more recently, they are coming to understand that in a subset of trauma survivors, the memories can also fester in the foreground of the mind as they become a negative feature of self-identity and a venue of compulsive mental review. As mentioned above, trigger warnings may draw trauma to the foreground of an individual’s identity.

If you’ve been following along, you may guess what’s coming for the “educational benefit.” If trigger warnings don’t help those with PTSD via bracing or dodging, it’s hard to see how they would facilitate education. But researchers put it to the test anyways. The results? One series of experiments found that warnings have no effect on educational goals, and another found that trigger warnings actively inhibit reading comprehension among those with a history of abuse.

The “consent benefit” is the final recourse of the trigger warning advocate. Where cost-benefit analysis has failed, perhaps we still have a duty to uphold a fundamental human right: individuals should be enabled to choose for themselves, even if that choice harms them. Libertarians, who seem to despise trigger warnings with the same vigor as traditional conservatives, may be sympathetic to this appeal to freedom.

This is clearly the strongest argument of the four. But although the “consent benefit” seems reasonable in theory, I have two important doubts about its practicality.

First, trauma triggers are extremely diverse. Curiously enough, graphic depictions of violence, sexual assault, or suicide (which are most frequently marked with warnings) are not universally triggering and are often not the “hottest” triggers. Instead, idiosyncrasies of the trauma memory such as a particular sound, body language cue, or mental image might be more powerful. Preparing an individual list of triggers is a long and iterative process. Most PTSD therapists and their patients know this because they create such lists together in preparation for systematic exposure. In any case, the diversity of trauma triggers makes providing relevant warnings impractical at scale.

Second, I have my doubts of whether this rule really applies to trigger warnings in context. It’s one thing to enable choice, and another to highlight existing choices. Should paychecks come with the disclaimer that, by the way, saving for retirement is entirely optional? Should we send out public service announcements reminding parents that it’s technically legal to skip parent-teacher conferences? These examples seem ridiculous precisely because they do not involve the direct enablement of a choice, but instead constitute a call to attention to existing choices. Those with PTSD already have the freedom to selectively avoid classroom lectures, books, social media, and TV shows. They can look through syllabi, film ratings, and DoesTheDogDie.com to filter their experiences. They can even use software to block out certain words and phrases on the internet. The question is whether we should offer a systematic call to attention to the availability of avoidance, knowing that this is ultimately ineffective, or whether we should call attention to other options, such as treatment.

Trigger warnings do not seem to be helpful, at least in a straightforward way. At best, they encourage a cultural dynamic where consent and preferences are important. The case for harm has slightly more ammunition, but not much. At worst, trigger warnings offer a false sense of security and a subtle reinforcement of beliefs and behaviors that worsen PTSD. The quickly growing scientific research on trigger warnings has certainly not displayed a favorable picture, but neither has it indicated that trigger warnings instantly fragilize students or result in widespread avoidance.

My worry is that trigger warnings divide us and distract us from our common goal. They present a false dichotomy: trigger warnings or no trigger warnings? Meanwhile, meaningful interventions with enormous potential are ignored. Few of those with PTSD receive treatment, and even fewer receive evidence-based treatments like prolonged exposure or cognitive processing therapy. It’s not hard to see why. Navigating the mental health system is complicated and expensive, and effective treatment is emotionally difficult for both recipients and providers.

Trigger warnings provide an easy out. Social media companies like Instagram promote toxic environments to young girls, while offering the false security of warning screens. Media companies encourage self-destructive bingeing while branding themselves as progressive for offering warnings. On college campuses, many professors offer warnings, but few know how to connect students with mental health resources on and off campus.

Both conservatives and liberals want those suffering from PTSD to live healthy and fulfilling lives. Perhaps it’s time to leave trigger warnings in the dustbin and hold ourselves accountable for solutions that truly help. 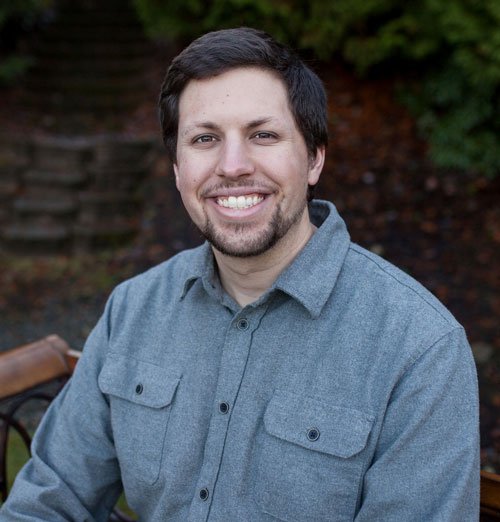 Payton Joneshttps://scholar.harvard.edu/paytonjones
Payton recently graduated from Harvard with a PhD in Experimental Psychopathology. He is interested in why violence is decreasing, but PTSD isn't. He currently works in industry as a Senior Data Scientist at Pluralsight.
Explore additional categories
Culture & PsychologyFall 2021
Next article
Capitalism is Key to Fulfilling the Promise of “Black Lives Matter”